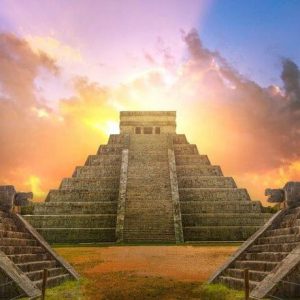 This is a Cultural Heritage site of Mexico situated in Yucatan, it was inscribed as an UNESCO World Heritage in 1988. More recently this archaeological site was honored as one of the new 7th wonders of the world.

Chichen Itza is one of the most visited archaeological sites in Mexico, more than one million tourists from all around the world visit the ruins every year. It’s open 365 days a year. 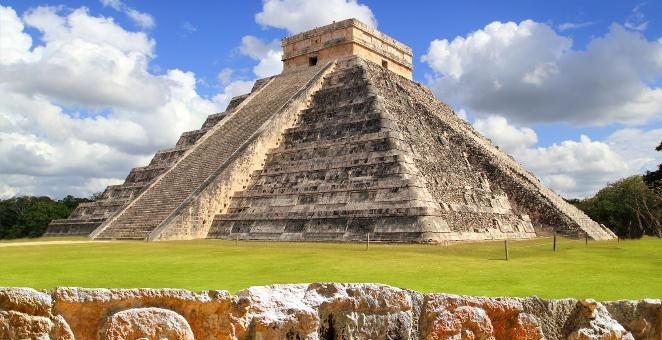 The Maya name “Chichen Itza” means “In the mouth of the well.” This derives from chi, meaning “mouth” and chen , meaning “well”. Itzá is the name of a group that claimed political and economic power over the northern part of the Yucatan peninsula.

The famous Chichen Itza ruins holds some of the most valuable information of the Pre-Hispanic history. It’s outstanding beauty and mystic singularity makes it a very important cultural referent for all Mayans and Mexicans people, and a symbol of national and indigenous identity and pride.  One of the most amzing building of the site, Kukulcan Pyramid, known as El Castillo in Spanish, has become the representation of the Mayan people and it’s amazing culture around the world.

The most popular ruins of Chichen-Itza includes; the Observatory, Famous Ball Game Court, the Kukulkan Pyramid, the Tzompantli or Skull Platform, the Xtoloc Temple, the Platform of Venus, and the amazing Temple of the Warriors, are among some of the fabulous masterpieces of the Meso-American architecture and creations that can be admired when visiting the most important Mayan-Toltec archaeological site in Mexico.

Part of the day trip is to visit the beautiful colonial city of Valladolid :

Valladolid is situated in the south-eastern part of the Yucatán Peninsula, Mexico. Named after the capital of Spain (at this time), the city was established by Spanish Conquistador Francisco De-Montejo in 1543. In March of the following year, Valladolid was relocated to it’s current location. The Mayan town Zaci was destroyed by the Spaniards so they could use the stones to build the Spanish colonial city on top of the defeated Mayan city.

In 2012, Valladolid became part of the “Magical Villages of Mexico” (Pueblos Magicos), which involves the tourism deptartement of Mexico and act as a promoter of important towns & cities in Mexico based on their natural beauty, culture, and historical events. And if you don’t know how to get here, we can offer you a transfer service to Valladolid. 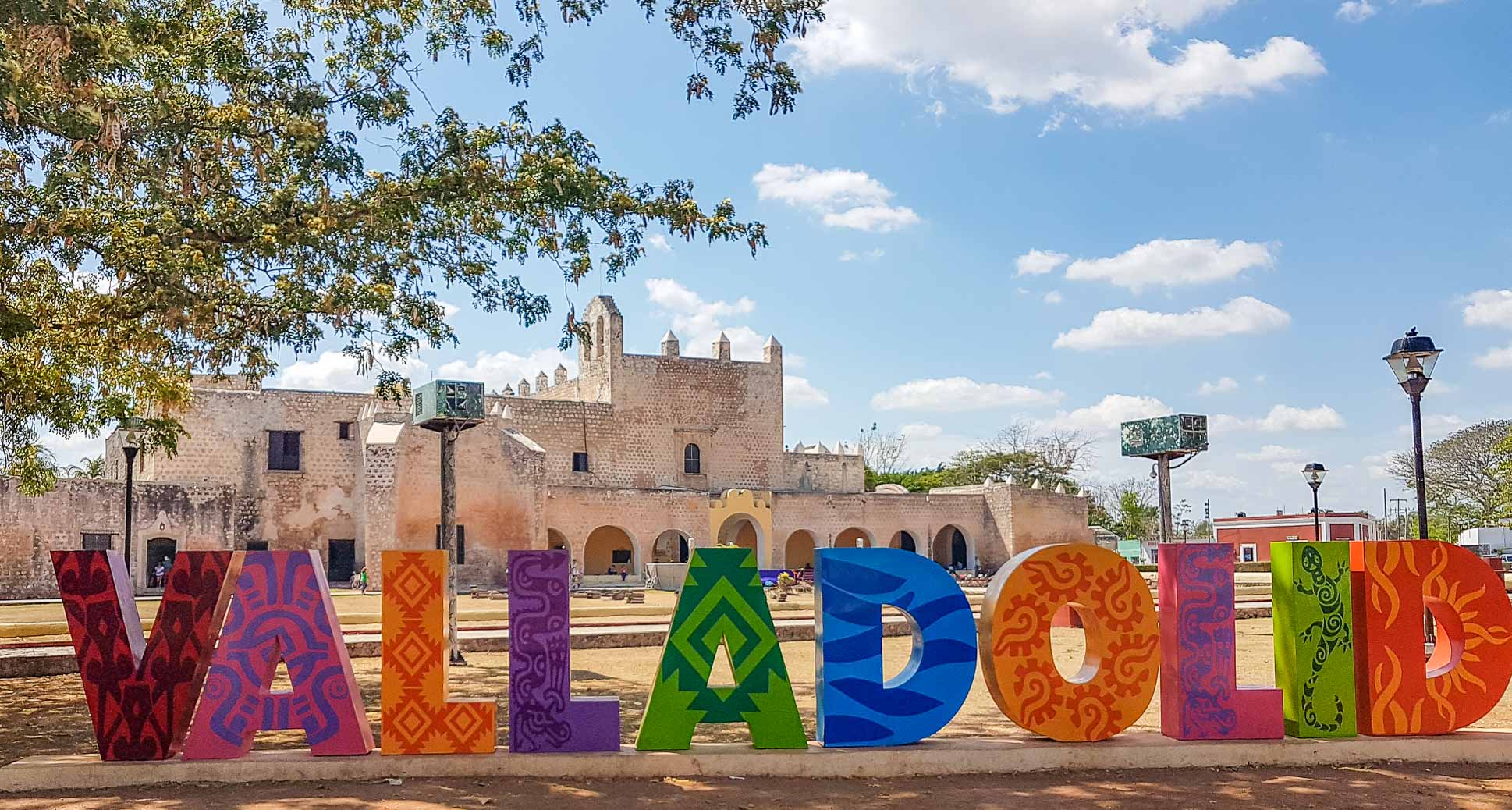 Trip to Chichen Itza would not be complete without a refreshing swim in a Cenote :

The word Cenote, comes from the ancient Mayan word “ts-onot”, that describes an access to an underground river. A Cenote is a natural sinkhole with fresh water, that is form from the collapsing of limestone bedrock, typically found on the Yucatan Peninsula of Mexico. The Cenotes have always been the principal source of fresh potable water in the area of Yucatan. This is the main reason why almost all the cities and archaeological sites, including the amazing Chichen Itza, Tulum, Coba & Ek Balam, were always built around these natural wells.

Cenotes were often used by Mayan tribes for rituals and sacrificial offerings, they believed that these sinkholes were the doors to the afterlife. 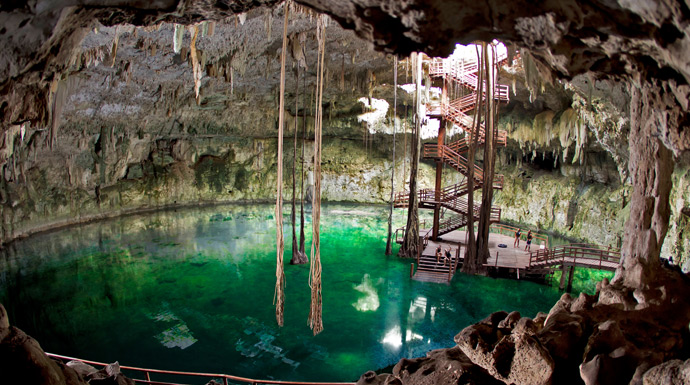 Without a doubt, you have to visit Chichen Itza and immerse yourself in the culture, history and mysticism of each of its Mayan ruins and of course, give yourself the opportunity to know its surroundings, you will not regret it.